“You were a late check-in,” are words which will forever make my blood boil.

When we travelled to Florida for 6 days over March Break, Body, Spirit and I packed all of our stuff, including tennis racquets, into one bag so that we would only be charged one fee for checked baggage–$50 each way– on our trip to Orlando. We packed efficiently, knowing that our days would be structured into four centres of activity: tennis, beach, golf, and the occasional restaurant (TBGR).

I won’t go into the details as to why we were late checking in, except to say that a.) my sister (who travelled with us) and I were idiots and b.) the clock on the wall of the airport that we were watching hadn’t been changed to accommodate daylight savings and was an hour behind. It’s a small airport. Light on maintenance staff.

Our treasure chest of warm weather items, therefore, did not fly with us on that day but what transpired afterwards had me in turbulence for the entire trip. Here’s the lowdown:

Monday: After landing, the woman at the baggage department, whom I will call Bagzilla, in Orlando assured us that the bag would arrive the next day, so we purchased $60 worth of cheap swimsuits and shorts at Target, and borrowed tennis racquets from a neighbouring condo to get us through the first round of TGBR. Our golf clubs were already there with my husband. According to Bagzilla, since we were a “late check-in”, we did not qualify for reimbursements for essentials. Fair enough. That one was on me.

Tuesday: Bagzilla told us the bag did not make the next flight. We still did not qualify for reimbursements as we were a late check-in on Monday. Excuse me? According to my calculations, my bag was there a full 24 hours early for that second flight. That one was on them. Bagzilla would not budge. No matter what logic I presented, her only response was “You were a late check-in”. There was no flight on Wednesday so the the bag would arrive Thursday. If I wanted it delivered to our condo it would cost $100 and would arrive Thursday “sometime”. I spent $100 more on toiletries, t-shirts and shoes from Walmart to get us through the next few days–very frugal, considering I was shopping for three of us. After some discussion, My husband decided to call our home airport in Niagara Falls to tell them not to bother sending the bag to Orlando as it would be of little use to us with only one full day left at the condo.  We washed clothing throughout the day to meet our TBG needs.

Thursday: Allegiant called to tell us (proudly) that the bag had safely landed in Orlando.  I freaked out. Before I could even finish a sentence about reimbursement, Bagzilla cut me off, saying, “You were a late check-in”.  I continued to wash clothing and move gingerly in my non-supportive Walmart shoes.

Saturday: We arrived at the airport, picked up the bag, turned around and checked it again…all for a checked baggage fee of $100. All because we were a late check in on Monday.

I normally support this small airline because their prices are so reasonable and their staff (usually) so friendly but his was disappointing. And my normally sympathetic husband, Heart, was not sympathetic to my plight due to my history of missed flights. So, I will continue to use Allegiant, however, I will NEVER be a LATE CHECK-IN again.

View all posts by janebedard

Check out my new book! Available Now in the Books and More section! 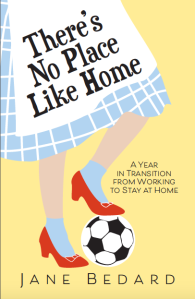 Check Out my New Book!

Check out my new book here or in the Book and More section!
Buy the Book!